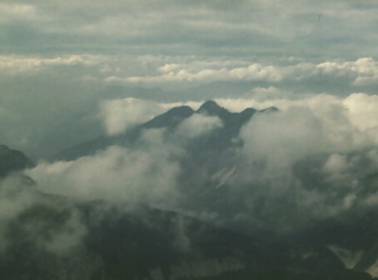 Almost from the day that Doug McCurdy lifted the Silver Dart off the frozen surface of Bras d'Or Lake, pilots have sought a reliable way to stay on track while traversing the vast wilderness that makes up so much of Canada.

In the bad old days, they used maps. Often, the maps were inaccurate. But as time wore on, the maps got better. In many areas of the country, that wasn't much help. One little lake looked much like another. So did the valleys and what-not. On a clear day, it didn't matter too much. Pilots could see for miles, and generally stayed somewhere near the intended track.

Some of the time, it wasn't clear. Oh, there was generally enough visibility to remain in visual meteorological conditions (VMC) in visual flight rules (VFR) flight if one was flexible about how one interpreted one or two miles, but map-reading became much more difficult under those conditions.

Over the years, maps and NAVAIDs improved. Still, for most pilots, the only time they were on track was when they unknowingly crossed it. As a result, many aviators spent considerable time being momentarily unaware of their position. For some, that moment stretched to eternity.

To get around such unhappy accidents, many incredibly talented people developed a navigation system so accurate that it could be and is used in some cities to deliver pizzas to specific residences. Aviators soon found that this system, known as the Global Positioning System (GPS), could be used to supplement the map-reading skills that were the bedrock of their VFR navigation over remote terrain. As a result, pilots flocked to buy GPS receivers that would keep them right on track.

As more and more pilots began using GPS, they started developing a great degree of confidence that it would always lead them to their destination. Confidence is one thing, over confidence another. We've had a lot of reports that pilots with GPS sets are setting out on VFR flights that they would have cancelled in the past because the weather was marginal or because it was dark. This attitude has a lot of accident potential. First of all, GPS is not infallible. As we've said many times in the past, GPS satellites can transmit faulty signals and, unless you have an installation certified for instrument flight rules (IFR) flight, you won't be warned. Faulty satellites have caused 80-mi. position errors in the past. Even if you have an IFR box, there will be times when there just won't be enough satellites to navigate. What if this happens at a critical point in your flight when the visibility is too poor to map-read?

Even if there are lots of satellites and they're all working properly, all that GPS can do is take you to the waypoints you've programmed into the box. What if you've entered the wrong coordinates? Even experienced airline crews flying 747s have made this mistake, so what makes you immune? If you can't see the ground well enough to confirm you're on track, how will you know if your mistake is leading you into the side of a hill?

On the subject of controlled flight into terrain (CFIT), let's suppose that GPS is working flawlessly and you've entered the correct waypoints. You'd still better have plotted your track on a map and checked for obstacles. Not just along the track, but to either side as well, and don't forget to look for obstacles below the altitude you intend to fly.

If the weather is already bad, it could get worse, and you might have to descend or deviate. The course you've plotted may not give you these options, and so now you're betting your life on the weather not changing. Does this sound like a good idea to you? Suppose you can deviate and find some better conditions. Now you'll likely use the "direct-to" feature on the box to continue to destination. You'd better have another look at the map at this point. Plot your new track to destination and follow all the advice we've given above.

For years, pilots wanted a navigation system to keep them precisely on track all the time. Now that we have it, some are replacing the risk of getting lost with the risk of flying into an obstacle. VFR navigation means being able to see the ground well enough to navigate safely.

There's no category between VFR and IFR. Make a choice, and follow the common-sense rules that go with your choice!

Originally Published: ASL 3/1997
Original Article: But I Could Hit a Hill...