The amateur-built Vans RV-7A was part of a formation of 3 aircraft that departed Lindsay, Ontario, on a VFR flight to Smiths Falls, Ontario. En route, 1 of the 3 aircraft diverted to Bancroft, Ontario. The 2 remaining aircraft continued with the RV-7A in tandem. The lead conducted a series of aerobatic manoeuvres, which the RV-7A Pilot was to film. While manoeuvring, the lead lost contact with the RV-7A, conducted a visual search, but could not locate the aircraft. The Joint Rescue Coordination Center was alerted and a search was conducted. The aircraft was located in a wooded area, but was destroyed on impact - and the pilot, the sole occupant, was fatally injured.

The aircraft struck the ground in a near-vertical attitude, flipped over and came to rest upside down. The Emergency Locator Transmitter functioned, but its range was reduced significantly, as the antenna was sheared on impact. There was no post-impact fire, however the instrument panel was destroyed along with most of the instruments. But ... the GPS, EFIS and a video recorder (being used to record the lead aircraft's aerobatics) were all salvaged from the wreckage.

In addition, the basic cause of the crash soon became quite evident; the vertical stabilizer and top half of the rudder were both missing (though eventually located just over half a nautical mile away). 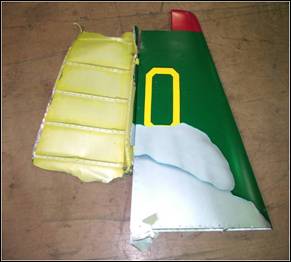 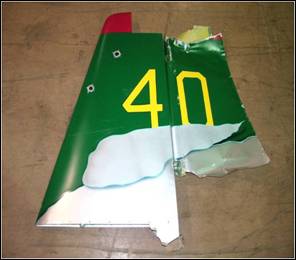 It was evident that the aircraft had broken up in flight, and the reason for this was relatively simple to deduce as the entire incident had been video-taped by the onboard recorder. 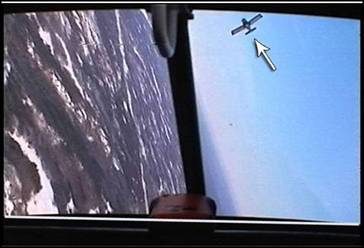 When the visual evidence was correlated with information from the EFIS & GPS, it soon became apparent that the rudder and vertical stabilizer had both separated from the aircraft as a result of flutter at excessive airspeeds. The RV-7A has a maximum manoeuvring speed of 124 knots and a Vne of 200 knots, but the recording devices showed that the accident aircraft hit speeds of 234 knots, which inevitably triggered the flutter and in-flight separation of the vertical tail surfaces.

A contributing factor may have been the elaborate paint scheme which could have put the aircraft over gross, moved the C of G rearward, and added weight to the rudder (decreasing its "flutter speed" by 50 knots or greater!) Once the vertical surfaces departed the airframe, the aircraft became uncontrollable, rolled inverted and dived straight in.